Business as Usual or the Calm Before the Storm?

This week, as President Medvedev and PM Putin settle into their new offices and a new government is formed, the end of Operation Successor has begun. Commentators have already begun to feverishly read the tea leaves, including ominous predictions from democracy-promoters and meager optimism from business outlets. Others feasted upon today’s announcement of the new government to try and answer the burning question of who rules Russia. For example, Reuters pointed to the appointment of Vladimir Surkov – of ‘sovereign democracy’ fame – as a clear sign that Putin still controls the Kremlin (i.e., Putin as puppet-master). I think such a conclusion ignores two facts – first, the President is supreme under the Russian system and, second, it’s not like Medvedev had the deepest pool of talent from which to draw. All we really know is that the same cabal of peop 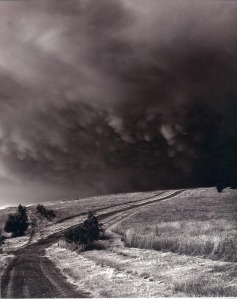 le are ruling Russia as before…and we already knew this anyway. Over at Russia Profile, Dmitry Babich argues that the increased number of Vice Premiers working under PM Putin suggests that the center of power has moved from the Kremlin to the White House (i.e., Putin as leader of a new system). Again, this ignores the primacy of the President in Russia. Of course, the reality at the moment is that Putin is in control, but this has more to do with Medvedev’s relative novelty and Putin’s popularity rather than being rooted in the foundations of a new political structure.

In the near future, we will likely receive similar symbolic signs that, in fact, Medvedev is asserting himself, which will fuel the Kremlinology rumor-mill more. However, we will not really know what is what in Medvedev’s Russia until some crisis arises. Crises reveal the true nature of a regime not only because they challenge it, but also because they provide cover for the regime to pursue its previously-unpopular policies (e.g., the post-Beslan reforms in Russia and the post-9/11 policies in the U.S. come to mind). It reminds me of a passage from Lilia Shevtsova’s book, Putin’s Russia, about why Russians fear the month of August – the August putsch of 1991; the separatist invasion of Dagestan in 1999; and the Kursk submarine disaster and Moscow apartment bombings in 2000. Even after she wrote about those events, there were the suicide bomber airplane attacks in August 2004 and, of course, the Beslan Tragedy on September 1, 2004. I am not a superstitious person (though Russians certainly are), but Russia’s recent history does inspire a sense of dread that some crisis will abruptly end the calm summer.