Here are a few interesting stories developing out of Russia, a few of which will likely ensure Russia remains on the radar of the Western media this week:

1. One, Two, Three, Four, I Declare a Gas War – this is so 2005, but Gazprom is saying it will cut supplies to Ukraine in 2009 if the two sides fail to negotiate a new contract. The main obstacles to an agreement are a $2.4 billion debt that Ukraine allegedly owes to Gazprom, and

which Pres. Medvedev ordered Gazprom to collect, and Gazprom’s plans to raise the price Ukraine pays to $400 per 1,000 cubic meters from the current level of $179.5. The Russia-Ukraine dispute has encouraged the neverending political melodrama that is Ukrainian domestic politics. Pres. Yushchenko accused PM Tymoshenko of acting irresponsibly for allowing the debt to accumulate and behaving in a way that “leads to a colonization of Ukraine.” I am not that familiar with the natural gas industry, but I think these now annual disputes between Russia and transit countries are all theater. The conventional wisdom back in 2005 was that Russia wanted to punish Ukraine for the Orange Revolution. But this theory was destroyed in 2006-07, when Russia cut off gas to the ‘last dictatorship in Europe’ during a similar contract negotiation. In fact, these increasingly common disputes reflect the opposing economic (not political) interests of Russia and countries through which its gas is shipped.

2. The Economic Crisis Worsens – Vedomosti reports that approximately 30% of Russian companies plan on or already have started laying off workers. The survey was addres 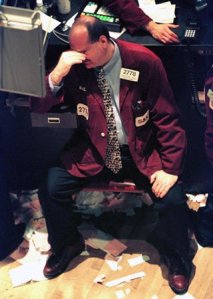 sed mainly to companies that produce and sell goods for national consumption, though it also included firms in the professional services, IT, pharmaceutical, and retail sectors.

3. Speaking of the Crisis, Don’t Speak of the Crisis – meanwhile, Vedomosti has been unofficially warned by Rossvyazkomnadzor (government media regulator) about the need to adhere to the Law On Extremism. The warning came in response to a Nov. 6 opinion column Evgeny Gontmakher, entitled “Scenarios: Novocherkassk-2009” (in English). In the article, Gontmakher proclaimed to “lay out a situation, which in all probability could come true somewhere in the depths of Russia in the near future.” He then went on to describe several hypotheticals, where the economic crisis exposes and exacerbates structural weaknesses in Russia’s economy – for example, a large enterprise (градообразующее предприятие) that employs the vast majority of the population in a ‘company town’ has to lay everyone off; the resulting drop in demand causes retail stores to close and lay off workers; only businesses dealing in ‘the most primitive things’ like bread survive; and “solitary old women stand on the street trying to sell vegetables from their home garden.” As for the old women, this was typical way back in 2004 when was in Western Siberia, and was true as to pretty much every town on the two-day train ride from Moscow (see picture).

Anyway, Rossvyazkomnadzor’s letter to Vedomosti explained, “Throughout the entire article, the author opposes (противопоставляет) two groups of citizens: those who have been laid off and the remaining unemployed workers from the company; and bureaucrats in fear of losing their “warm places in the power vertical” (the article discussed local officials who refuse to act out of fear of losing their positions). Rossvyazkomnadzor concluded that “these statements could be interpreted as inciting extremist acts.” Though Vedomosti appears to be letting the whole thing go, Gontmakher plans on filing a complaint against the agency for violating his freedom of speech. It is interesting that this incident comes just on the heels of a shift in the official narrative, from ignoring to acknowledging the crisis.

4. The Liberal Opposition Tries to Unite – a new social organization with the name ‘Solidarity’ held its first conference, in an attempt to unite the various moribund factions of Russia’s ‘liberal opposition’. Participating in the conference were members of the recently deceased U 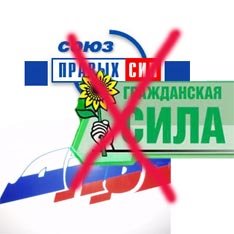 nion of Right Forces (SPS) and some members of Yabloko, though Yabloko’s official position is that it does not believe in ‘Solidarity.’ Eduard Limonov – co-leader of ‘The Other Russia’ and friend of Garry Kasparav – scoffed at the conference, arguing that the liberal idea has no place now, both due to its role in the ‘shock therapy’ of the 1990s and in causing the current financial crisis. Limonov does have a point – an unrestrained, free market ideology is unlikely to be popular at this moment, and if anyone in the opposition finds success, it will likely be the nationalists, who are also uniting.

5. Medvedev’s ‘Defiant’ Trip to Latin America – after the APEC meeting in Lima, Peru, Medvedev is going on a four-country tour in Latin America, which is being described as ‘in your face’ in the Western press. Specifically, Medvedev will visit Peru for the APEC meeting, Brazil (“a major trading partner”), Venezuela for some naval exercises, and Cuba. The characterization of the trip as ‘defiant’ is based mainly on Russia’s arms sales to Venezuela and choice to meet with Castro. I would stress, as Bloomberg points out, that the Russian delegation includes the heads of Gazprom, VTB Group, the Minister of Agriculture, and the head of Lukoil. In any case, I simply cannot understand how journalists can write these articles. When the U.S. forms strong relationships with anti-Russian leaders, invites them to join collective defense organizations, and plans on deploying permanent military forces in their countries, we say that Russian complaints are unfounded and are a product of a ‘holdover’ Cold War mentality. Now, when Russia forms relationships with anti-U.S. leaders, sells weapons to those countries, and tries to increase trade with them, we say that the trip “has raised fears of renewed Cold War-style rivalry in Latin America.” The most amusing part of this narrative is that, in reality, the U.S. and Russia’s influence in their immediate neighborhoods has decreased due to their own clumsy actions and neglect. Russia’s absence from the post-Soviet sphere during the 1990s and its later awkward reemergence as a ‘great power’ with a ‘zone of influence’ undercut its clout in countries like Ukraine and Georgia, and to a lesser extent in Central Asia. At the same time, the United States under Bush has both neglected and aggravated our relationships in South America (a good case study is Bolivia). Standing alone, the fact that we still have a ridiculous Cold War-era embargo on Cuba, while we trade with Vietnam, should disqualify us from complaining about Russia’s moves in the region.