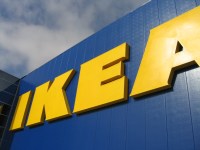 Last Friday, Swedish furniture-giant IKEA announced that it fired two top managers at its Russia subsidiary ZAO “IKEA MOS” (ООО «ИКЕА МОС»), which shares responsibility for the management of IKEA’s chain of shopping malls named “MEGA” («МЕГА»).  IKEA spokeswoman Camilla Meiby stated that the two execs – from the store’s St. Petersburg branch – were fired once documents surfaced with evidence implicating them in bribery “in connection with a contractor-company that was trying to resolve the situation with the power supply at the Mega shopping center in St. Petersburg.”  In typically efficient Swedish fashion, Meiby stated: “We know there have been bribes … We’ve seen the documents.”  She added that the managers did not appear to engage in the conduct for their own personal gain. IKEA Group CEO Mikael Ohlsson released a statement in which he said he was “deeply upset and disappointed’ and that “[c]orruption is totally unacceptable for IKEA.”

According to Vedomosti and Swedish news sources, the “documents” Ms. Meiby is referring to include an email from a contractor – apparently from Renaissance Construction of Turkey –  to the managers stating that Renaissance intended on using “opaque methods” to resolve the situation regarding the Mega shopping center’s electricity with Lenenergo (Ленэнерго).

On August 8, 2009, the email was sent with an attachment from Joakim Virtanen – a middle manager at IKEA MOS – to IKEA MOS Director of Real Estate Stefan Gross and copied to the Director of Central and Eastern Europe Per Kaufmann as well as other top managers.  The email reminded Gross and Kaufmann that IKEA’s MEGA-Parnas mall near SPB had been operating for three years without an operating license (driftstillstånd) and that neither the Russian authorities nor IKEA’s insurer had discovered the scheme so far.  Virtanen added that IKEA would have been able to obtain all necessary approvals by 2006, but did not do so after Renaissance Construction obtained an operating license by paying bribes (att betala mutor).  Finally, he noted that IKEA must now retroactively approve all electrical installations in writing by fall 2009 so that Mega-Parnas can connect to the electrical grid and stop using generators (see discussion on generators in this NYT article).  The problem is that it would once again require the use of bribes by Renaissance.

According to Swedish “tabloid” Expressen, Gross responded on August 11, 2009 writing, “I hereby approve the acceptance of all electrical installations in line with our authorization plan (auktoriseringsplan).  I take full responsibility for this decision.”  Gross’ email was copied to Kaufmann, Joachim Hagen-Pikwer (IKEA MOS General Counsel), and Per-Olof Zakrisson (Construction Manager at IKEA MOS).

The major legal risk with this particular set of payments is that the utility company (Lenenergo) is 51 percent owned by the MRSK Holding Company.  MRSK in turn is majority-owned by various branches of the Russian government, including 52.7 percent of stock belonging to the Federal Agency for the Management of State Property, aka Rosimushestvo (Федеральное Агенство по Управлению Государственным Имуществом).  Thus, bribes to Lenenergo can be interpreted as bribes to foreign officials.

Who Knew What When at IKEA?

In January 2010, IKEA founder Ingvar Kamprad received notice from INGKA Holding B.V. (parent of all IKEA group companies) about their suspicions regarding bribes in Russia.  The fax to Kamprad – reportedly obtained by Expressen – was sent from Holland and written in English: “The whole system is improperly installed and was constructed without getting the project approved.  Today, it has been authorized and approved by the Russia utility authorities after our Country Manager allowed our general contractor to use bribes in buying the approval.”

Based on IKEA’s press release, it appears that they are claiming the email was discovered last Friday and resulted in the immediate termination of Gross and Kaufmann.  But, Expressen reports that the announcement regarding the two managers came only hours after it informed IKEA that the paper would publish documents it had obtained regarding the corrupt payments.  When the paper confronted Kaufmann regarding the bribes in Russia he responded, “I have no recollection of it.”

The Fire Spreads?  Trouble in Moscow

Yesterday, Expressen reported that it has even more documents regarding improper conduct by IKEA MOS managers.  Specifically, the paper alleges that the company wants to expand its Teply-Stan mega-center, but there is an ongoing legal dispute with the owner – Masshtab (Масштаб) – of part of the land where the mega-center is located.  Masshtab is co-owned by minigarch Vadim Nikolaevich Moshkovich, who also just happens to be a member of the Federation Council, the upper chamber of the Russian Duma.  According to Expressen, Gross and others at IKEA MOS planned a series of steps to “soften up” Moshkovich with the assistance of third-party “consultants.”  Among other unsavory activities, the plan included: identify the lawyers and officials involved in the judicial review of the dispute; contact the Russian federal police to identify where Moshkovich is vulnerable; discretely explore opportunities for blackmail with sources in the police and intelligence organs; and plan a black-PR campaign highlighting Moshkovich’s illegal and unethical business practices.

These planning documents also reportedly refer to a special section of the IKEA MOS Legal Department at its Khimki Business Park headquarters.  This department’s “function is to facilitate IKEA’s contacts with the Russian security service, federal police, the presidential administration in the Kremlin, and independent intelligence actors.”

Expressen also reportedly has documents showing an “enemies list” for the city of Samara drafted by Gross after IKEA’s store opening there was delayed by permits and other administrative hassles.  The enemies of IKEA included: Governor Vladimir Artyakov and his wife Tatiana Artyakova, who has interests in the construction industry and thus is IKEA’s “competitor” in real estate; Mayor Viktor Tarkhov whose ownership in retail furniture company OOO “FOM” (ООО “ФОМ”) made him oppose IKEA’s interests.  IKEA’s secret report describes Tarkhov as “a former criminal figure with extensive criminal contacts that prevent IKEA from operating in Samara.”

While it’s still too early to perform a post-mortem on IKEA’s Russia adventures, one striking lesson can be gleaned from these facts – a company’s compliance program is only as good as its local managers.  When your Regional Manager, Country Managers, and Local General Counsel are apparently all involved in highly illegal and unethical conduct like that described, it is beyond the “few bad apples” diagnosis.  One aspect I find particularly intriguing is that Gross, Kaufmann , and all of the other IKEA MOS personnel implicated in the allegations are not Russian!  Of course, we do tell companies to be cautious with Russian managers (i.e., ensure they bought into compliance as a culture and not a PR slogan), but what about the uber-ethical Scandinavians who are stationed in-country?  It’s one thing for Swedes to be oblivious to the frauds of third parties, but quite another when they are drafting “enemies lists” and clearly approving bribes via a reply-all email.

I think this case makes clear that companies need to look at corruption more as a situational problem and not so much cultural.  The majority of Russians simultaneously despise bribe takers, pay bribes, think that the government should do more to combat bribery, but think that bribery cannot be meaningfully reduced.  The issue is Russia’s highly inefficient, bloated, and arbitrary bureaucracy, which makes simple, mundane tasks into year-long projects.  This omnipresent, low-level corruption, I think, wears people down and desensitizes them to big picture corruption.  And there’s no reason to believe that Western managers are immune to this adaptation.

Ironically, IKEA has recently been included on lists of the “most ethical companies” and also benefits from its sterling global reputation.  But the rankings don’t matter much when a corruption scandal of this magnitude is exposed and with details so shady that serious damage to the brand will likely result.

Here is Per Kaufmann in 2007 giving an interview to Russia Today on IKEA’s Russia business: